Pokemon Go: Is It Just a Game? 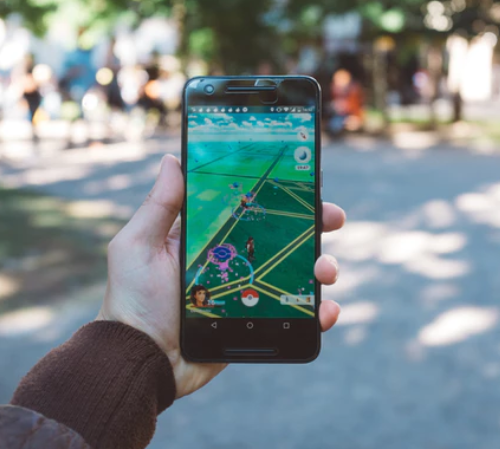 Pokemon Go is a mobile-based game created by Niantic Lab and Nintendo that is based on the Pokemon franchise. It offers a different gaming experience compared to its predecessors through the implementation of augmented reality technology. In the game, players are able to catch em’ all and evolve Pokemon not in the fictional Pokemon world but in the world that we live in. It goes out and beyond the traditional gameplay of Pokemon by placing fictional creatures from the Pokemon world into real places in our world. Pokemon Go is a pandemic. It grabbed the attention of the whole world right from the get-go. In just a week, more than 30 million android users have downloaded the game in the United States alone, attracting not only people from the younger generation but also from the older generation. Furthermore, the daily average usage of the game has been reportedly greater than any existing social media applications, beating the likes of Facebook, WhatsApp and Instagram (Molina, 2016). Hence, one of the question that people may ask is, why are so many people attracted to Pokemon Go?

I believe that it says something about humanity in our society today. Unwittingly, Pokemon Go has touched one of mankind’s greatest desire, that is the desire for a world that corresponds with our ideals and imaginations; and this desire is clearly evident if we try to look back in history. Why is that? It is indisputable that the world that we now live in is full of miseries and darkness. Ongoing political turmoil, hatred, environmental issues, the threat of terrorism and other uncertainties in our world today. In this sense, Pokemon Go can be considered as a means to escape from the realities of this world. Traditionally, games offer a brief getaway from the reality to the gaming world; but through Augmented Reality, pokemon Go has brought the fictional pokemon world into the very world that we live in. Perhaps let us imagine a life with pokemon in it. Pokemon may help us in our daily chores and and provide our basic needs. Moreover, we can have a life full of adventures where we can travel the world to catch and train pokemons. Now in comparison with the harsh reality of this world, life with pokemons will certainly be more interesting and fun! An article in The Guardican titled Pokemon Go: Why Our Dark World Needs Escapism More Than Ever discussed how technology (Pokemon Go) has provided a way for people to escape the harsh reality and the raw pain of the real world (Alexandre, 2016). Considering these arguments, does Pokemon Go really delivers the answer that we have been looking for? If not, will there be an ideal world as opposed to the world we now live in?

The Bible offers something more than just a mere utopian world and imagination. It provides true and real solutions for the dark reality that we face today. The Bible never denies the inescapable, calamitous reality of this world but instead affirms the fact that this world has indisputably fallen (Genesis 3); and as a result, suffering and pain is inevitable thus integrating itself in the lives of all. However, God had provided a redemptive plan for mankind where he sent his own Son, Jesus Christ as the atonement and sacrificial lamb to provide redemption for His people, that those who believe in Him may have eternal life (John 3:16). Of course this does not mean that the world we now live in shall have no pain and suffering but instead there are many sinful realities that we have to face every single day as Christians. But, God promised, that during the second coming of Jesus Christ, there will be a new heaven and earth that will be of a greater splendour than any utopia mankind can ever imagine. Revelation 21:4 (KJV) stated, “And God shall wipe away all tears from their eyes; and there shall be no more death, neither sorrow, nor crying, neither shall there be any more pain: for the former things are passed away.” Therefore, as a Christian, this new heaven and earth should surely be our greatest longing and desire

Many people have commented that Pokemon Go revolutionised the way people play games; because what was only possible to do from inside a room has changed into an outside gaming experience. In a way, it ‘forces’ people to go outdoors, to enjoy the environment and “socialise” with others while catching and battling other pokemons. On one hand, it is undeniable that Pokemon Go has been a catalyst for people to get moving and to explore their neighbourhoods; but on the other hand, it gives us a warning signal of a sad human condition. Why is that? G. K. Chesterton, an English philosopher and writer once said, “This is proved by the fact that when we are very young children we do not need fairy tales: we only need tales. Mere life is interesting enough. A child of seven is excited by being told that Tommy opened a door and saw a dragon. But a child of three is excited by being told that Tommy opened a door.” This is an accurate description of mankind in which as time goes by, we need stronger and stronger incentives to be able to appreciate the little things in life. The beauty of nature and social interactions are no longer enough to encourage us to go out and enjoy the world. We have grown accustomed to and perhaps even took for granted these small things, hence requiring stronger incentives and attractions to even acknowledge them, moreover appreciate them. Pokemon Go might well be the tool at our disposal to do so.

In the end, some people may argue that Pokemon Go is a product of our advancement in technology. Being able to combine virtual concepts into the real world is surely a great technological and cultural achivement. Another may argue that the current world is in desperate need of joy and Pokemon Go is able to offer, ironically, a short relief from the world. Moreover, some may also say that “it is just a game!” There is no doubt about it, Pokemon Go is indeed a game and will always be a game. However, considering the effects that pokemon go has caused to the world and the driving force behind it, it is surely a cultural force to be reckoned with that might very well give us a clue of the condition of humanity of this very day. Looking at it from this point of view, perhaps Pokemon Go is not “just a game.” (KH-FMP)