Symbolism in Architecture: A Design Tool in the Formation of Meaning 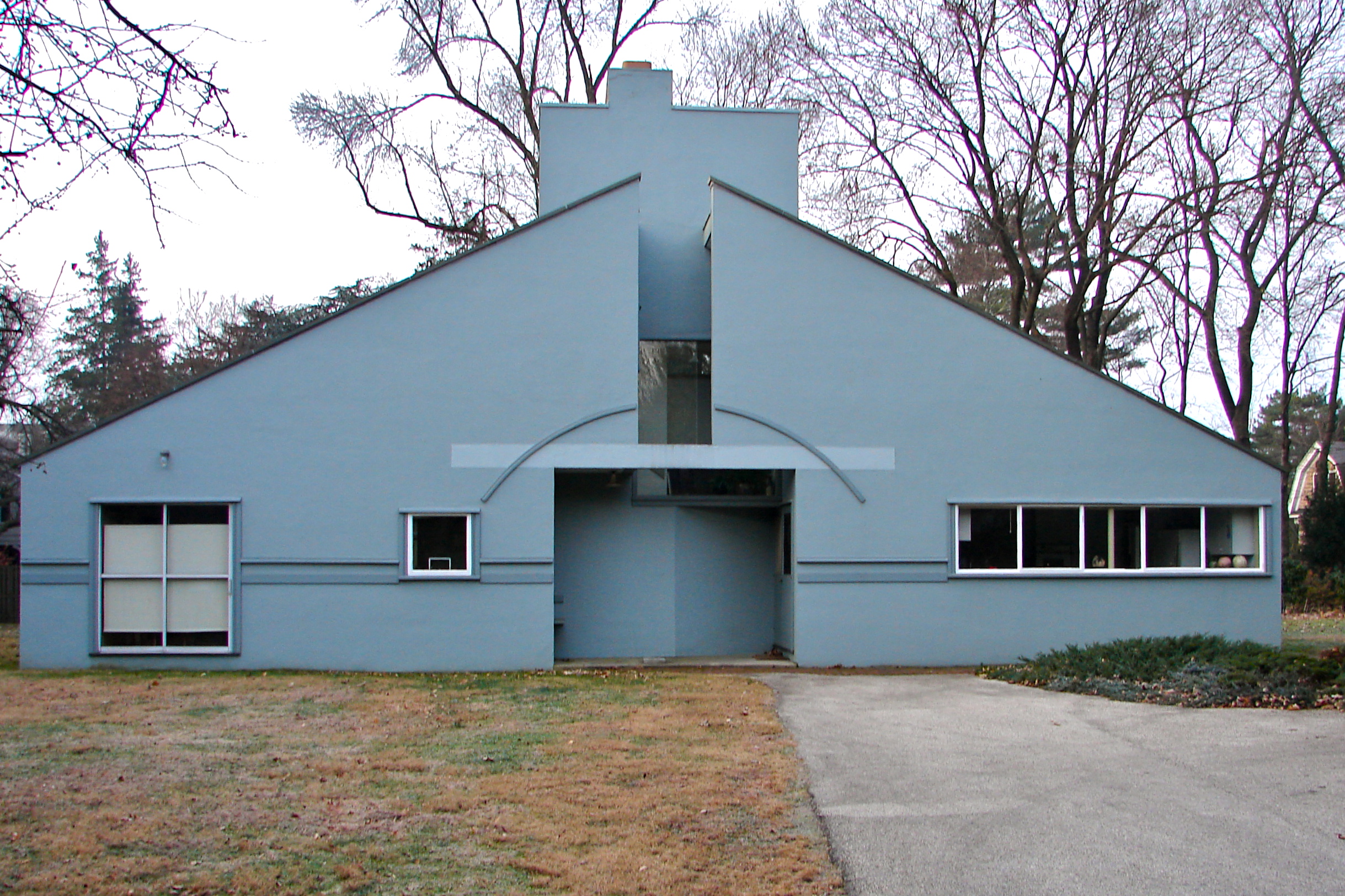 The concern of meaning in architecture has been an age-old endeavor, and throughout the ages symbolism has been used as one design tool to communicate ideas and meaning. This is apparent even in current postmodern architecture which promotes the use of symbolism through the design’s forms or ornaments to display the architect’s intended message. But long before this, the Bible had already commended the use of symbolism in works of architecture. For instance, the form and ornaments of the Tabernacle became the means of communicating God’s covenantal desire to dwell among His people (Ex. 29:45-46). Although symbolic means are generally used across history, there is a profound contrast between the biblical usage of symbolism and that of the postmodern era. This essay will argue that the method of symbolism in architecture has its foundation in biblical principles, yet its appropriate use is governed fundamentally by the architect’s presuppositional worldview, whether it be opposing God or glorifying God. By contrasting the symbolism in the Vanna Venturi House and the Tabernacle, one will see how the former leads to ambiguity and fragmentation of meaning due to its application of the postmodern worldview and oppositely, how the latter leads to the coherent truth of God as the foreshadow of Christ.

The secular viewpoint that gave rise to the symbolic approach in postmodern architecture in the 20th century was the result of dissatisfaction towards the Modern Movement. Because of its rejection towards classical orders, modern architecture in its abstract and functionalist character was deemed lacking in symbolic meaning due to its limited denotation. By contrast, postmodern architecture highlights the richness of meaning and forms, ambiguity, differentiation and dissonance, and neo-eclecticism (not to be confused with neo-classical eclecticism). This inflection point of time in architecture coincided with the rise of theory in semantics by Charles W. Morris, which sought to establish the relationship between sign and its meaning. Symbols, being an arbitrary or culturally established sign, can be connected to form a sign system that may be called as language. Therefore, architecture may be perceived as a language consisting of a sign system that aims to communicate meaning within a social group or culture. Although this view of architecture as a language is itself commended in the Bible, the meaning being implanted by postmodern works tend to communicate the postmodernist spirit of disorder and fragmentation of meaning, partly influenced by the Deconstructivist theory of language.

One project that displayed this idea is the house of Vanna Venturi by Robert Venturi in 1964, which is often referred to as the first work of postmodern architecture. Venturi’s concept of complexity and contradiction is conveyed by altering symbolic forms that conventionally contained historical references. For instance, classical elements on the facade, such as the triangular pediment is altered with a break in the centre, while the lintel and arch are placed with no functional justification rather than for purely decorative purposes (See image). Contradictions to the pre-conceived modernistic notion of function are also seen in the stairs that lead to nowhere, redundant pilotis and many more structures like it. It is clear that Venturi’s deconstruction of historical symbols promotes the rejection towards historic original meaning and shows a desire to put a new subjective interpretation of meaning towards the old symbol system.

From this example, we see values opposing biblical principles, such as symbolic references being used in conflict with one another. Instead of leading to a coherent message, each part becomes a collection of fragmented elements that tells its own importance. See also, the disregard for accurate historical meaning behind each element, seen in the pediment and the arch. This signifies that Venturi’s usage of symbolism is merely a shallow representation that dwells only on the visual, without establishing a deep connection between history and the architecture of the house.

Symbolism in the Tabernacle

In contrast to the deconstruction of historically-established meaning in postmodernism, the symbolism in Tabernacle seeks to reveal the coherent truth of God that is consistent across the history of the Old Testament (OT) and the New Testament (NT) and becomes part of God’s progressive revelation to His people. In the OT context, the Tabernacle communicates God’s covenantal desire to dwell with His people and simultaneously being the foreshadowment of Christ, which was further revealed in the NT. Exodus 25-27 speaks about the tabernacle as a dwelling place for the ark of covenant that contains the 10 commandments. In Exodus 25:22 (ESV), God specifically mentioned that it is with the ark, “there I will meet with you”. The structure signifies the contact point God made with men. In other words, the tabernacle is the symbol of the presence of God. This symbolism carried on throughout the course of Israel’s history in the form of the Synagogue, the temple of God. As such, Jews were greatly devastated when their synagogues (particularly Jerusalem’s as it was located in their capital city) were destroyed when they were in captivity. This was because the destruction of the temple signified that God had left their presence.

During Israel’s exodus, the tabernacle was a place where the rites of atonement with God were held; this included blood sacrifices from calves, goats, and other livestock to have the sin of Israel be atoned. The high priest represented the whole nation to offer sacrifices of atonement to the Lord, and the priest himself also had to provide sacrifices to atone for his own sin. Therefore, the tabernacle also acted as a place of reconciliation and atonement of sin that concerns the salvation of the Israelites.

Ultimately, all of the symbolism contained in the Tabernacle seeks to reveal the person of Christ, where it was later explained by the author of the Epistle to the Hebrews (Heb 8:5). In Hebrew 9:1-10:18, the author compared the tabernacle with Christ, that the purpose of the rituals and the tabernacle itself, was to point towards Christ. Christ being the only Person in the Trinity that has the dual nature of man and God became flesh and dwelled on earth (John 1:14). Through this example, we can see that the source of the coherency and perfection of the use of symbolism of architecture is only the ectype or derivative of God’s coherent being that does not self-contradict Himself, who is the archetype.

The Problem of Interpretation

However, it is not only the design that has to have biblical purpose and method, but even the method of interpretation has to be biblical as well. The translation of meaning from the architect to the users does not depend solely on the architect’s worldview and his/her portrayal of it, but also on the worldview of the viewers who observe and interpret the work. Similar to the problem in interpreting any symbolic work of art, it lies in the separation between image and essence. This is the danger of the Deconstructivist language theory that seeks to establish personal meaning to the reading of signs, where meaning is placed according to each individual’s own interpretation. Although the connection may be historical and philosophical (like in the fragmentation of Vanna Venturi House) or theological (like in the Tabernacle), the key is to maintain the relationship between the architectural element as a sign and the worldview as the meaning. In this sense, the common grace of unity and coherence is fundamentally required in appreciating any work of architecture that exalts Christ, in whom all things will be united with in the end of the age (Eph. 1:10).

To conclude, symbolism in architecture is a powerful tool to convey meaning. But the secular worldview seeks to diminish its power as exemplified in works of postmodern architecture. The biblical worldview is able to redeem this concept, using it to convey the truth about the Triune God, as seen in the Tabernacle. However, we must beware, lest we fall into the danger of detaching image and essence during interpretation; the idea of coherence and unity are integral in order to form meaning out of symbols, and this is a common grace given by God. It is truly our hope that the grace given by the Lord through symbolism in architecture can be ascribed back to the glory of God alone. (FC & JC)